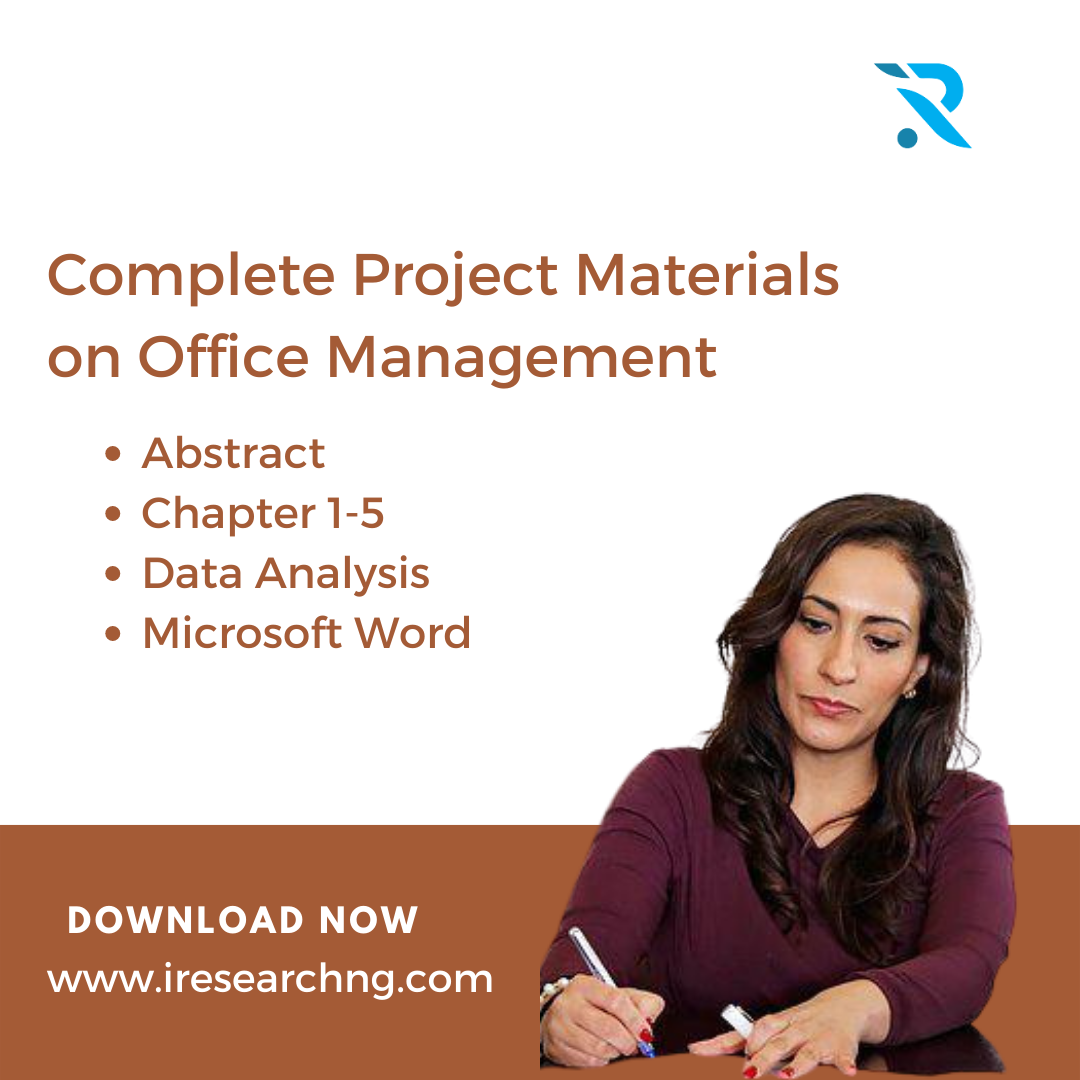 The history of sports on television can be traced back to an informal scrimmage between members of the Philadelphia Eagles in 1934, which was used to demonstrate the world’s first electronic television system. Five years later, the first professional football game between the Philadelphia Eagles and Brooklyn Dodgers was broadcast to about 1,000 television sets (Cressman & Swenson, 2007). As television became more popular in the 1950s, the National Football League (NFL) quickly realized the opportunity for revenue and began selling broadcasting rights to a television network called DuMont. It was CBS however, that broadcasted the first full EPL (English Premier League) season in 1992 (Cressman & Swenson, 2007). The industry has since grown such that sports fans now have 24-hr access to sports entertainment through a wide variety of media outlets, where television now faces substantial competition from Internet Web sites.

Television broadcasts have long been the primary source of sports entertainment short of attending the events in person. For example, the average viewership of NFL regular season games on ABC, CBS, NBC, and FOX has increased from 15.8 million in 2002 to 16.6 million in 2008 according to the NFL and Nielsen Media Research. More specific to primetime Sunday night football on NBC, the 2008 Nielsen ratings reveal that the number of viewers ranged from approximately 11 million to 23 million per game. In 2008, mega events such as the Super Bowl and the Olympics attracted over 90 and 30 million viewers respectively at different points during their broadcasts. Furthermore, FOX Saturday Baseball attracted an average of 3.8 million viewers each Saturday in the 2007 season.

In the UK, the social practice of betting has been subject to varying degrees of legislative control, reaching what some have seen as a ‘high water mark’ in 1906. From the 1906 Street Betting Act to the 1960 Betting and Gaming Act, betting was essentially an underground activity and one subject to significant (if evadable) punishment. The 1960 legislation set a new direction that saw greater toleration of betting in Britain, and introduced high street betting shops. Between 1960 and the advent of the National Lottery Act in 1993, betting largely operated on the principle of ‘unstimulated demand’. However, in 2005, the New Labour administration swept this paternalism away, via the 2005 Betting Act, which significantly liberalized betting laws, endorsed (through regulation) online betting and permitted betting companies to run television adverts. In an era of globalization, these policy shifts in the UK have broader consequences than those traditionally associated with the territorially bound governance of states, and have contributed to the ‘convergence of a global passion for sport and a global passion for betting’. This convergence has received insufficient attention in the public health literature, especially in the UK, and is particularly visible in football contexts.

Amongst the most visible partnerships that betting companies have entered into in the UK since the 2005 Act, have been with clubs in the English Premier League (EPL). The EPL is an important export for the UK economy with broadcasters paying subscriptions to the EPL for the right to show matches and highlights across 225 territories. The EPL claims that during the 2013/2014 season, 2.3 billion fans were engaged in the competition for the full 10 months of its duration and in the 2014/2015 season, that it reached an audience of 3 billion in-home viewers. The current television deal saw Sky Sports and BT Sport pay £5.136 billion for broadcast rights between 2016 and 2019. It is clear, therefore, that the EPL can be a significant global marketing vehicle for any industry, whether through shirt sponsorship, advertising hoardings, league sponsorship or stadium sponsorship. In recent years, the betting industry has made use of this marketing vehicle through a range of sponsorship deals with EPL clubs. The industry has also made significant inroads within the wider English Football League, with one betting company sponsoring the second, third and fourth-tier leagues in England. In an effort to keep up with the competition, television networks such as CBS and ESPN have also responded to the seemingly endless desire for up-to-date player information by incorporating “betting updates” into their TV sports news coverage. A survey conducted by the FSTA appears to have helped justify these network’s actions revealing that “55 percent of those surveyed say that they watch more sports on television because of their involvement in sports betting leagues,” suggesting that sports betting and television broadcasts are complements (Prescott, 2006)

Betting on sports is a rapidly growing market with worldwide turnover of 58 billion euros in 2015 as estimated by the European Gaming and Betting Association. This value exceeds the gross domestic product of countries like Panama or Costa Rica, and these official numbers ignore that substantial illegal betting is not covered by that figure. While the market size is huge and growing, surprisingly little is known about the demand for sporting bets, as existing studies mostly focus on inefficiencies of betting markets or match fixing. One reason for this research gap is connected to the unavailability of evaluable data. While access was not given until now, knowledge of the market is of crucial importance for various reasons: First, in order to deepen the insights into the economic impact of single sports events, it is crucial to include sporting bets into corresponding analysis. So far, existing analysis mostly focuses on ticket sales, television (TV) contracts, and merchandise and neglects the economic value of sports bets (Roberts, Roche, Jones, & Munday, 2016). However, data in this study suggest that economic importance of sport betting is potentially superior with respect to total viewership. Hence, the economic importance of sports competition tends to be underestimated to date.

Although there is an abundance of anecdotal evidence revealing the impacts of sports betting on television networks and advertisers, to our knowledge, there are no academic studies to support these claims. In this study, we measure the impact of sports betting participation on sports television viewership for both the NFL and EPL. By employing regression analysis, we are able to determine not only that sports betting is, in fact, a complement to televised sports but also the extent of this relation. It is this latter information that should prove most useful to sports marketing professionals in regards to organizing the appropriate marketing plan.

Second, even though revenue of betting exchanges or bookmakers does not benefit the clubs directly, they profit from increasing betting indirectly, for example, with respect to viewership engagements of betting companies.

To the best of our knowledge, the studies by Humphreys, Paul, and Weinbach (2013) and Paul and Weinbach (2010) are rare examples that analyze determinants of the demand for sports bets. While Paul and Weinbach (2010) investigate the number of bets placed on National Basketball Association (NBA) and National Hockey League (NHL) games, Humphreys et al.’s (2013) study is the only research that parses volume of dollars bet as they focus on The National Collegiate Athletic Association (NCAA) men’s basketball matches. Both studies find that determinants of demand for sports bets are comparable to the determinants that affect fan behavior, such as teams’ qualities, TV coverage, timing, and outcome uncertainty. Given the scarce literature on the determinants of betting volume in relation to a fastgrowing economic importance of sports betting, this study closes several gaps in the literature. First, this is the first analysis for any European market. While U.S. betting is dominated by point spread betting, European betting refers mainly to match odds betting. European betting can have heavy underdogs and favorites in terms of odds, whereas U.S. betting has equal odds on both teams. Second, it is the first analysis for soccer, which is the premier European sport with the English Premier League being the economically most relevant league. Third, it is the initial research using betting exchange market data. Forth, it is the first analysis of a high turnover betting platform. On average, bettors bet 2.7 million pounds per Premier League match. Our results confirm that the quality of participating teams is a major determinant for the demand of sports bets. Furthermore, time, economic factors, and uncertainty of outcome affect demand significantly. This study is organized as follows: The next section provides a literature review on sports betting in general as well as potential market inefficiencies. The following empirical analysis determines drivers of betting volumes and number of matched bets on English Premier League.

The main objective of the study is to examine assess the relationship between sports betting and viewership of English premiership (EPL).

1. To examine the extent to which sports betting create views for viewership of the English premiership.

2. To determine how betters perceive the nature of viewership of the English Premiership.

3. To examine the extent to which sport betting influence viewership of the English Premiership.

4. To examine the extent to which football matches influence sport betting choice.

1. To what extent does sports betting create views for viewership of the English premiership?

2. How do betters perceive the nature of viewership of the English Premiership?

3. To what extent does sport betting influence viewership of the English Premiership?

4. To what extent does football matches influence sport betting choice?

1.5 Hypothesis of the study

H0: Sports betting do not significantly influence the viewership of the English Premiership.

1.6 Significance of the study

Focusing on sporting bets puts economic significance of league matches into perspective and allows for comparisons between teams within a certain league as well as across leagues. Furthermore, analysis of demand for sport bets can also increase the understanding of demand for sport contests in general. Even though there is extensive literature on drivers for attendance at sport events, some ambiguities remain, especially with respect to the impact of outcome uncertainty.

The ambiguities with respect to demand for sporting contests and the role of uncertainty of outcome may be related to empirical issues, for example, censored data due to sellouts of stadiums, unavailable data such as TV or online stream audience, or problems with respect to the inclusion of (ticket) prices. Using data on betting demand reduces methodological issues as demand is not censored and exact numbers on demand and prices are available. Hence, results can deliver valuable information on determinants of demand for sport events in general.

The study is carried out on the assessment of the relationship between sports betting and viewership of English Premiership. The study focused on bet9ja outlets in Port-Harcourt City Rivers State.

CHALLENGES AND PROSPECTS OF POS BUSINESSES IN NIGERIA

POS machine is also used to pay some utility bills like electricity, airtime, cable or decoder subscription etc. Bank do not serve everybody in Nigeria especially those in remote villages. Banks created POS business as a terminal to bring financial ...

CHALLENGES AND PROSPECTS OF POS BUSINESSES IN NIGERIA

Production halts, movement restrictions of people and goods, border closures, logistical constraints, as well as the slowdown of trade and business activities are fall-outs of the COVID-19 lockdown measures.

The findings of the study would be useful to organizations as it provides information about their information sharing and team bonding processes, procedure, and services.

Economic growth is achieved by an optimal utilization of the available capital and by growing the ability of output of a nation. It promotes the allocation of wages between population and society.

This study is significant as t looks into what drives educational reforms, what should be done to ensure that changes are successful, and how reforms should be implemented.